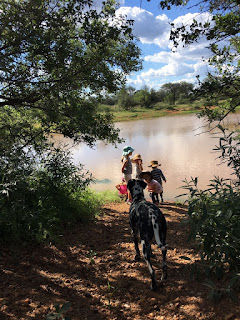 Living 100km from our nearest town is a lifestyle you have to get used to. We farm with cattle, sheep and game. Our farm is 5000ha. Our meat is marketed in Windhoek and all our cattle is farmed under strict regulations. All our animals are tagged and can be traced back to our farm.
Namibia is an excellent cattle breeding country. Gobabis district is also known as Cattle Country. 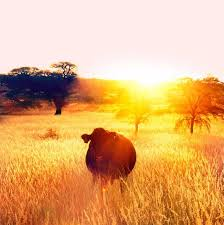 We farm with Angus, Brahman, Braunvieh Swiss and Bonsmara. Cattle known for their prima meat. 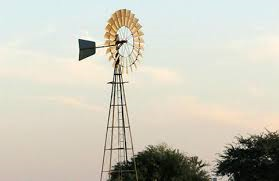 Windmills is  popular phenomena. Our boreholes can be up to 400ft deep. 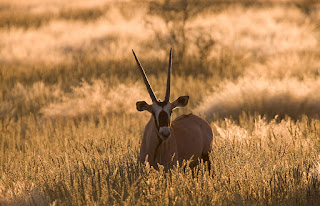 Oryx is a beautiful buck and is well adapted in our savanna grass area. They are herbivores that feed on shrubs and grass. They can go for long periods without water. They'll get their moisture also from certain plants like wild melons and roots. They feed in the mornings and late in the afternoons when the temperatures are lower.  The bulls will show their dominance by using their horns and mark their territory with their dung. They can weigh up to 250 pounds when they are fully grown. 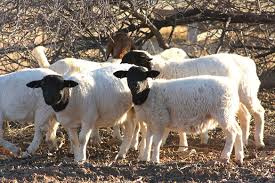 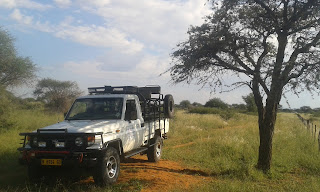 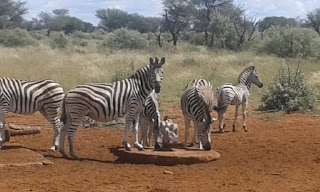 Zebras are very close related to horses and donkeys. They are very fast moving animals and can run up to 65 km/h. Each Zebra has their own unique pattern of stripes. Their stripes disperse 70 % of incoming heat and this keeps the animal from overheating in the African sun. 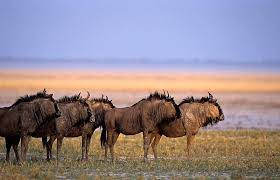 Blue Wildebeest. They live in big herds.
They have to drink water every other day. 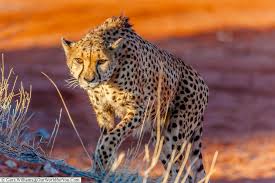 The cheetah is a protected species in Namibia. 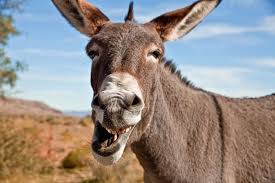 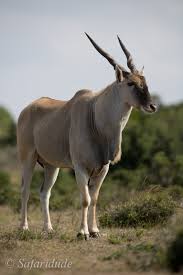 These massive animals grow up to almost 3 m long and weigh up to 1,000 kg, making them the largest species of antelope in the world. ...
Giant eland live in small herds of 15-25 animals and despite their size, they are amazing athletes

Anteaters does not have teeth. They use their long sticky tongue to catch insects. 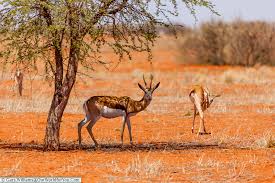 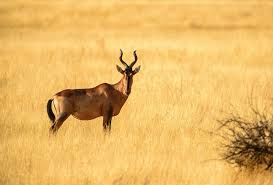 The Red Hartebeest seems clumsy but is one of the fastest antelopes and can reach speeds up to 43
miles per hour. Like the Oryx it is also a herbivore and a grass eater. 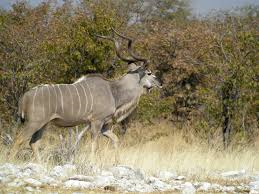 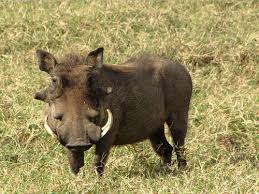 The Lion King made the Warthog famous. Everyone know them as "Pumba". Though warthogs appear ferocious, they are basically grazers. They eat grasses and plants, and also use their snouts to dig or “root” for roots or bulbs.
Warthogs are named that way because of the wart-like bumps on their large, elongated face.
Warthogs keep their tails upright when they run. Looks like little flags in the wind.


Caring for an injured calve... 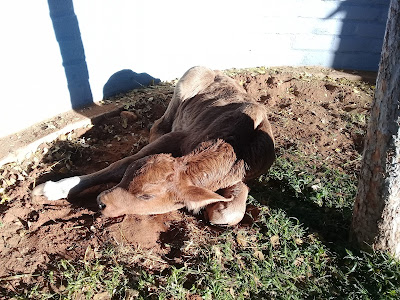 A few weeks ago we found a calf that was a week old, just being attacked by a brown hyena. We rescued him. He had multiple bite wounds on his neck and hind legs.  The poor thing.  The kids fed it 4 liters of milk every day for two weeks.  The dogs also played around the calf and slept with him at night.
It is now down at the pens with the other calves. Hopefully it will recover, but at this moment it can not use its hind legs. 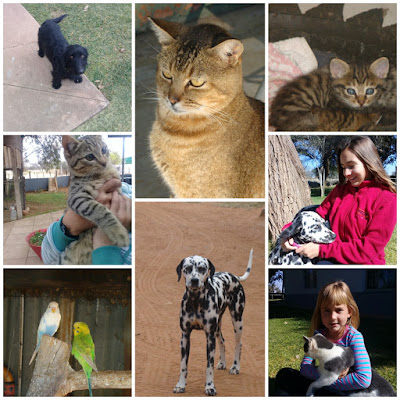 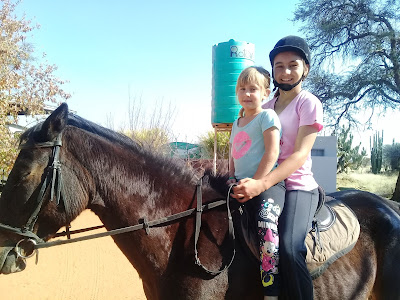 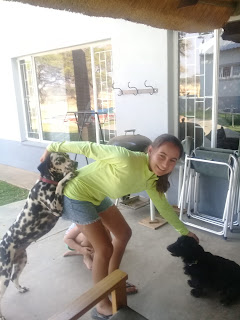 These two birds came to visit unexpectedly. Both got hurt, by flying into the window of the house and also got hurt on the road. Luckily after a while they were back to being themselves and flew away. The one on the left is a Pygmy Falcon and the Owl on the right is called a Barn Owl. 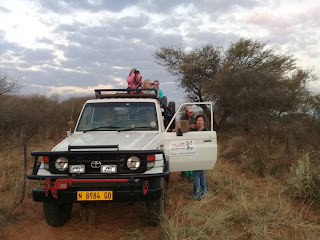 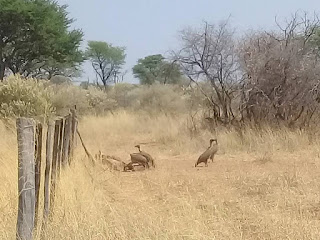 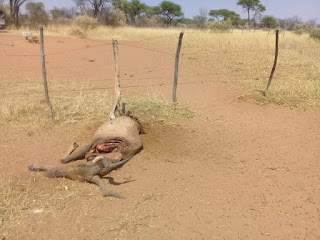 Yesterday, driving to the veld. We came upon these vultures feeding on a carcass of a Red Hartebeest. The poor Hartebeest hoof got stuck in the fence. It is funny, because a Hartebeest never jumps over a fence accepts when it was scared by some kind of wild animal. Predators around here is usually leopards, cheetahs and hyenas.  Vultures is very good for balance of nature, we call them vacuum cleaners!

Today however, there was not a bone in sight, during the night, jackalls also came and fed on the carcass. 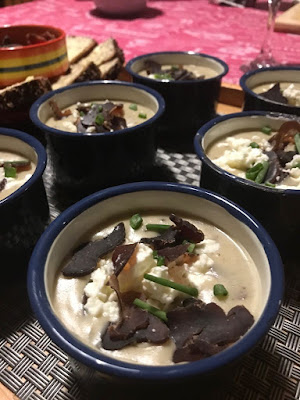